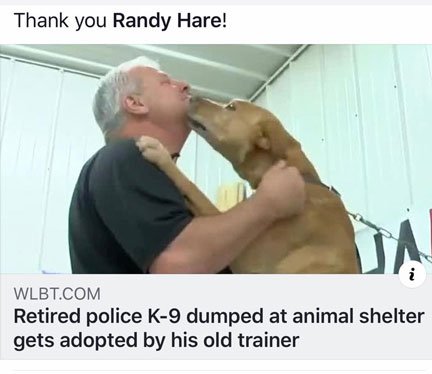 Randy Hare, a nationally recognized dog trainer with over 40 years of experience in working with dogs and their Dog Handlers. Today, he is living his lifelong dream of training family dogs so they can peacefully exist at home with their families. Experience and talent in dog training have landed him spots on regional television, in various K-9 Magazine articles, and on national television. In 1987, Randy appeared on “Late Night with David Letterman” to perform a complicated trick he had taught his (then) six-year-old German Shepherd. Randy’s real start, in the late 1970s, was with training hunting dogs. Then, in the early 1980’s he attended a Professional Dog Trainers School where he gained a solid foundation for training dogs in Obedience, Protection, Police Dog Training, and Tracking. By invitation, Randy returned to the school as an instructor for one semester helping to train other dog trainers.

“I went through a period early on when I thought I knew everything. I really grew as a trainer and a person when I faced the fact that you never stop learning and you never know it all. Thanks to a close and dear friend of mine, Walter “Buzzy” Tomlinson, for finally making me understand that. I believe the dogs that I have trained have probably taught me more than I have taught them.”

While Randy continued to further his education into dog training, the school was his first professional experience with training dogs. In 1984, Randy opened his first training center in Monroe, Louisiana, where he trained Obedience, Protection, Police Dogs, and Narcotics Detection Dogs. His very first police dog, trained for the Monroe City Marshall’s Office, finished 15th in the nation from a field of 140 dogs at the United States Police Canine Association (USPCA) National Police Dog Trials in Detroit, Michigan. This accomplishment earned him an award from the Ohio Dog Training School, the first award of this kind to be given by the group. Then, after training hundreds of dogs, Randy became interested in police dogs and law enforcement. In police dog training he experienced his work in action: real criminal apprehension, real tracking, real detection work, real handler protection, and, last but not least, real obedience.

While still training dogs for private citizens, Randy trained and competed against other handlers and trainers with his personally trained police dogs while competing successfully in Schutzhund competitions. In his first National Police Dog Trial, Randy finished 7th out of 150 top dogs in that year’s national event held in St. Cloud, Minnesota. This began a 5-year span of over 30 competitions where Randy won or finished in the top percentile in 96% of the competitions: those competitions were Police Dog Trials, Schutzhund Trials, and Narcotics Detection Dog Trials and involved four different self-trained dogs.

Randy says he now has a gift for learning from everyone he meets and from every dog he trains.

During Randy’s twelve years in Law Enforcement, Randy attended every major seminar (within reach) conducted by world-class trainers from the United States and Europe. He learns what each trainer has to offer, combines the best of their styles and techniques with his own, and now he shares his method. Each dog he trains benefits from his experience and knowledge. Few trainers can match his EXPERIENCE, TALENT, and LOVE for training dogs, as shown by his “Recognition and Achievements” (listed below) through national police K-9 organizations such as the National Police Canine Association and the United States Police Canine Association where he served as a judge for both organizations. Randy Hare is now the proud owner of the Alpha Canine Training Center located in Jackson Mississippi and Nashville, Tennessee.

MOST RECOMMENDED BY VETERINARIANS THE PAST 20 YEARS

Recognition and Accomplishments In Training Dogs 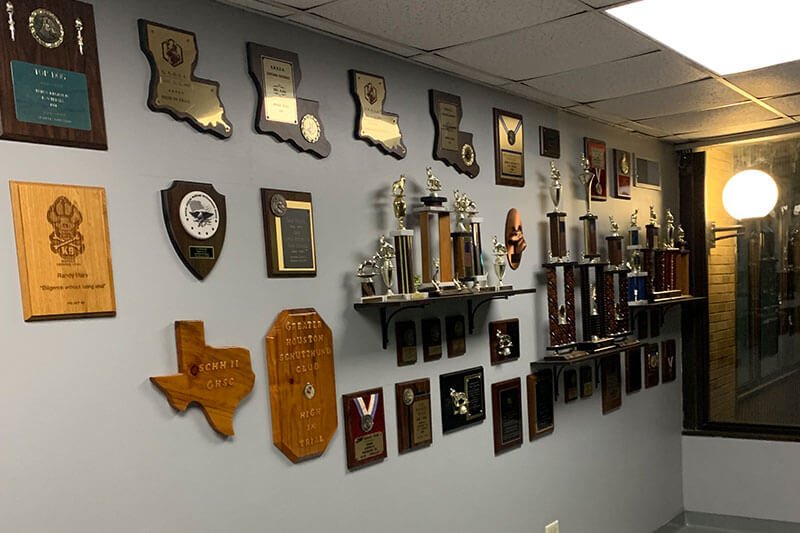